March 20 2020...the end of winter...a world in chaos and panic..
and the official release date of our new killer album 'Violent Death Rituals'!!
get it now: https://www.shop-listenable.net/en/371_thanatos 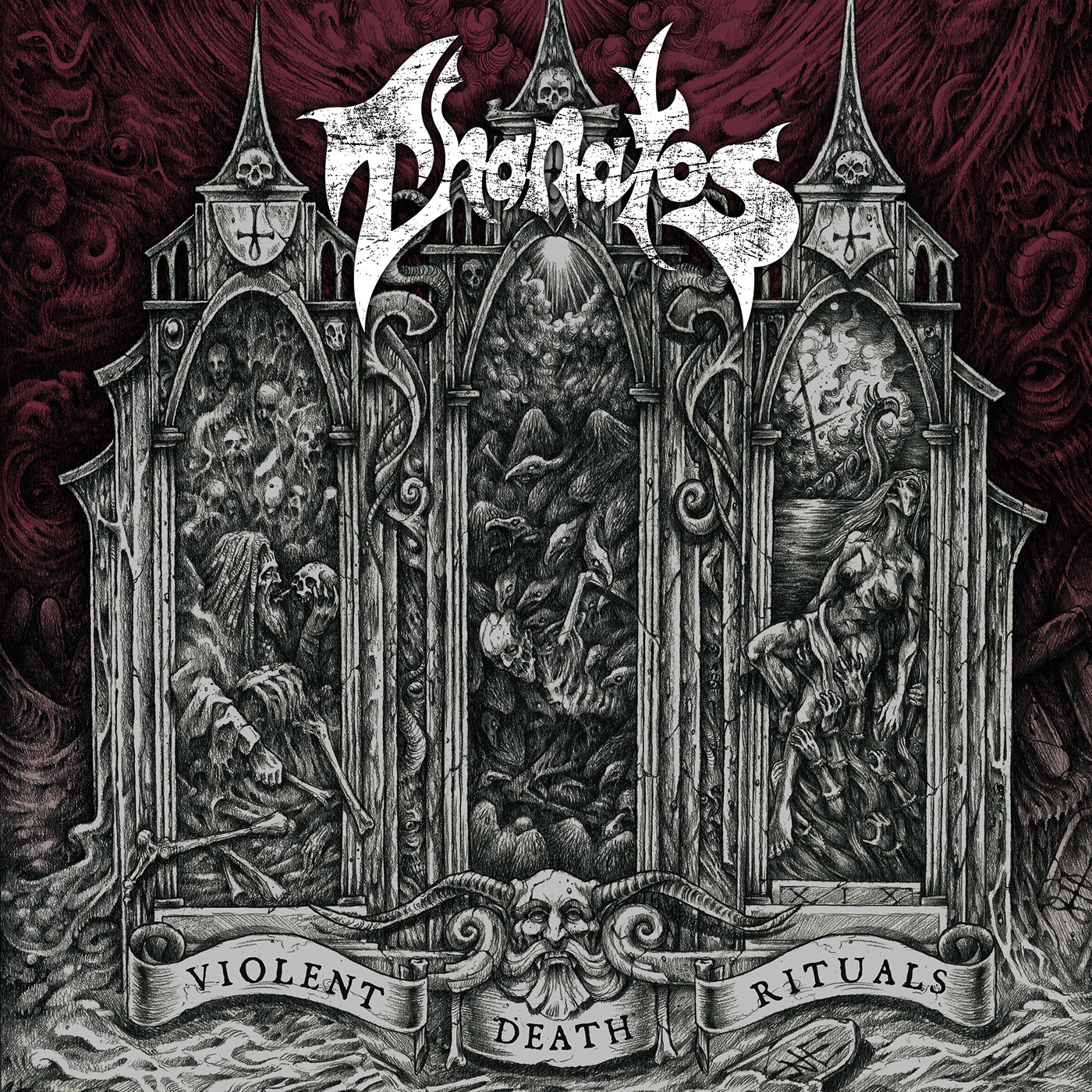 When THANATOS emerged in the metal scene of the early80's of the previous century, ‘metalheads’ were still more or lessseen as outcasts. Both the fans and the music itself were raw, unpolished and there was a huge ‘us against the world’ feeling. We were at war with the establishment, organised religion anddisco. The latter turned out to be the least dangerous enemy,but hey, we’re talking about the eighties, right?!

The current metal scene has lost a lot of its rough edges. A lotof bands have adopted a polished, plastic sound and a somewhat happy, politically correct attitude. Thank god, or rather Satan, for bands that still choose to go against the grain, stir up some controversy and never let go of the ‘us against theworld/fuck the mainstream!’ attitude. 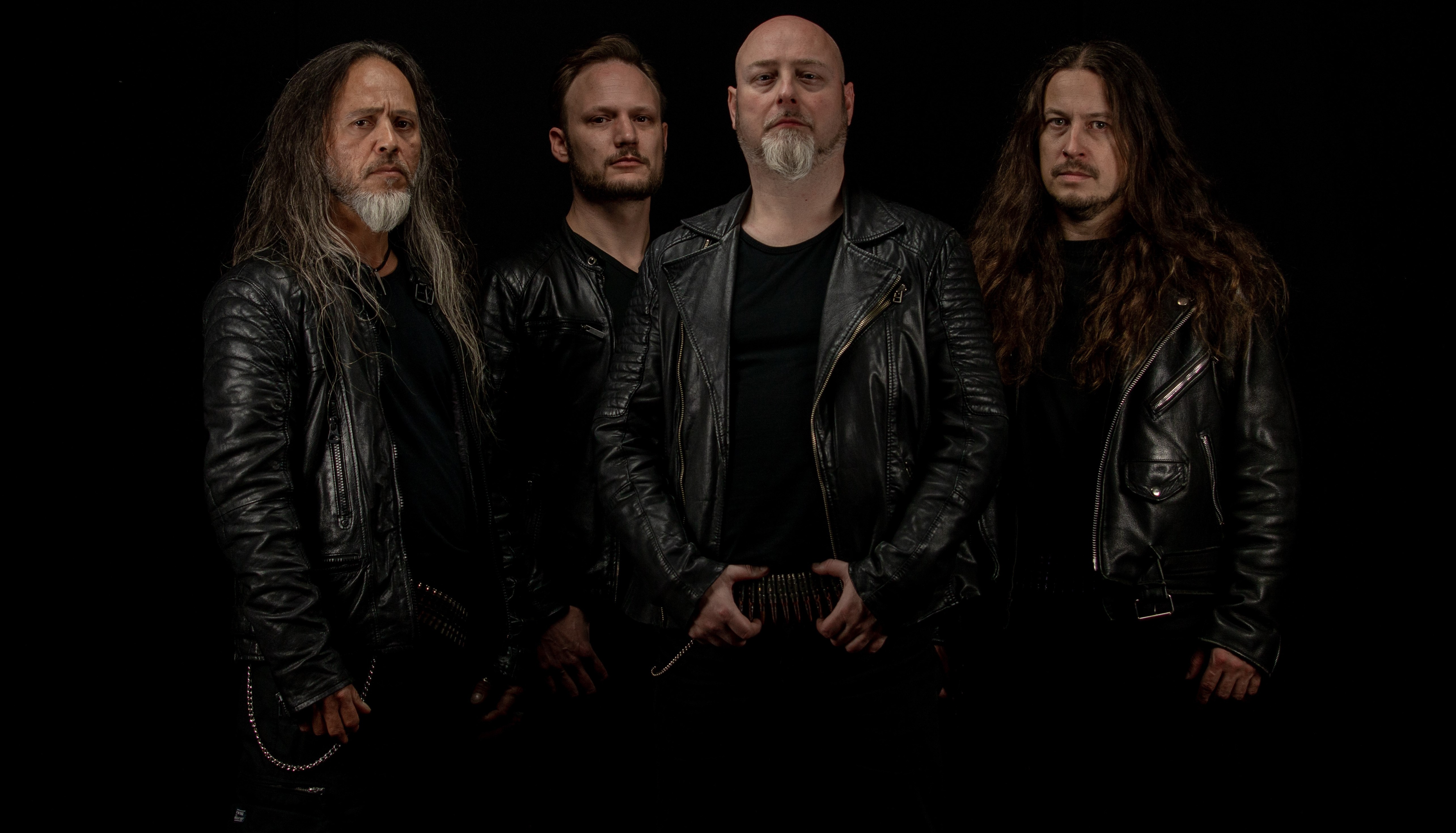 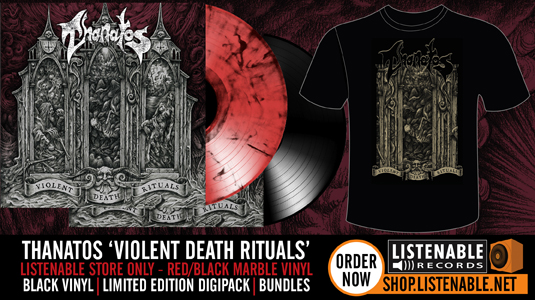 VIOLENT DEATH RITUALS is set for a March 20th 2020 release

5. Burn The Books Of Hate

6. It Always Ends In Blood

It may have seemed quiet in the Thanatos camp, but these past 2 months we’ve been working our asses off to record our brand new album!

The recordings have just been finished and everything lies in the qualified hands of Mr. Dan Swanö now, who, without any doubts, will provide the 10 tracks with a great, powerful mix! Read more

THANATOS, Holland’s first ever Death/Thrash Metal band has become an illustrious name that has been haunting the Underground Metal scene for decades and is now celebrating their 35th anniversary in 2019 .  The band has always maintained a consistent quality over their entire catalog with their authentic brand of unrelenting death thrash metal - staying true to their initial merciless madness, faithfully unleashing frenetic hooks, crushing straight forward dynamics and original visceral brutality wrapped up in a massive production as the main killing components.

« When THANATOS emerged in 1984, Metal was still raw and unpolished and there was a strong ‘us against the world’ feeling amongst both bands and fans. We were at war with the establishment, organised religion and mainstream music. The current metal scene has lost a lot of its rough edges.

A lot of bands have adopted a polished,plastic sound and a somewhat pleasant, politically correct attitude.Thank god, or rather Satan, for bands that still choose to go against the grain,stir up some controversy and never let go of the original feeling. »

Following their 2014 album ‘Global purification’, the band will never show mercy and are currently writing new material for a brand new full length album of another display of pure violent death thrash madness, to be released in early 2020. 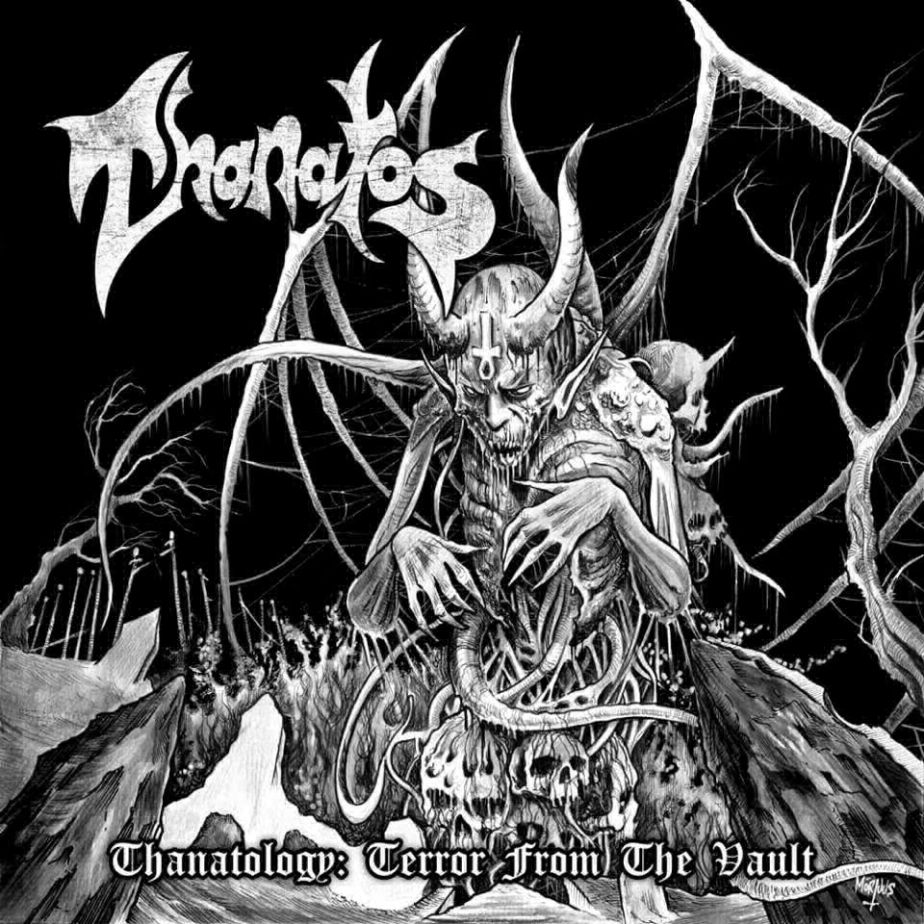 Thanatos and Memento Mori Records unveil the cover art of the upcoming 2-CD compilation album “Thanatology: Terror From The Vault” due to be released April 22nd, 2019. 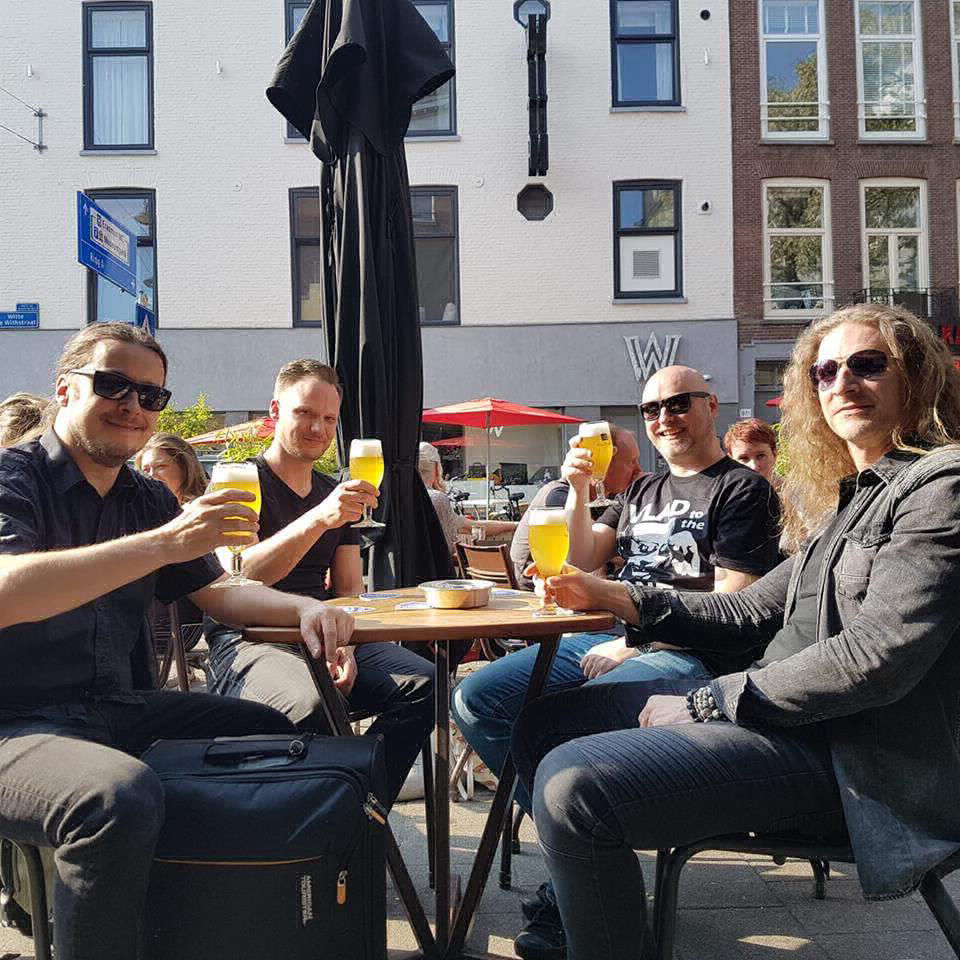 Best belated New Year’s wishes to all of you!

Instead of looking back at 2018 we’d rather look ahead to 2019 as we have a lot of good news to tell you! We will be celebrating our 35th anniversary this year and we’re going to do it in style! 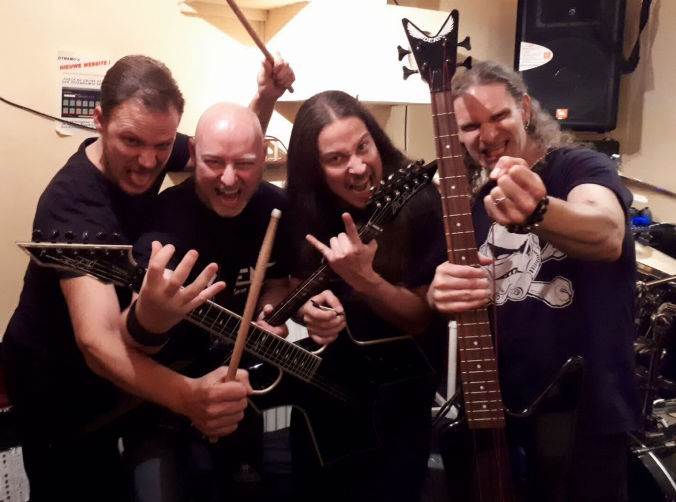 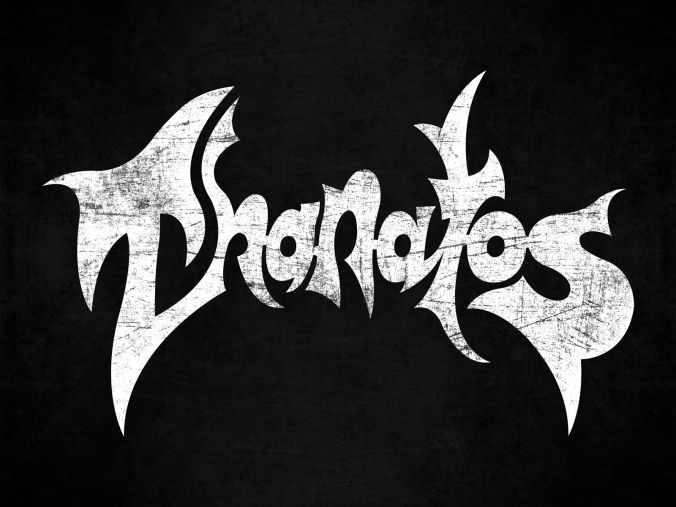 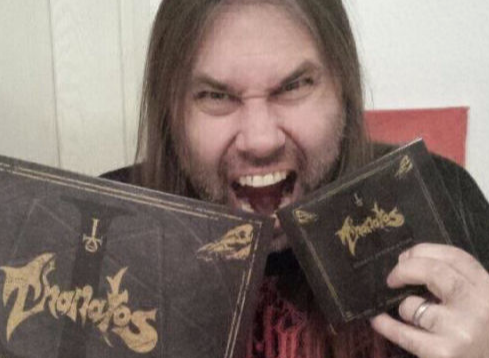 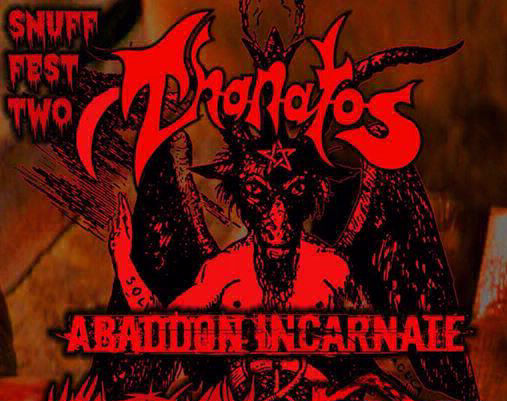 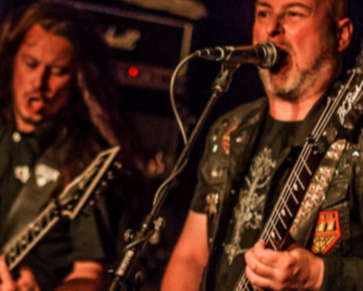 Thanapics from past to present, video's and more! Read more 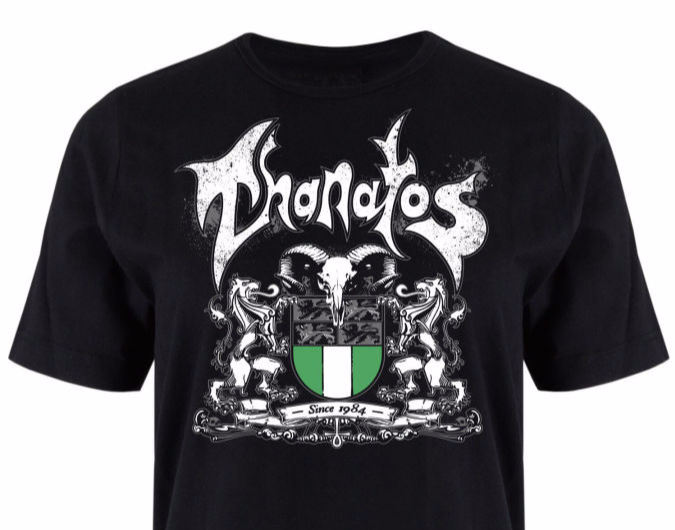 Check out our merchandise at Bigcartel webshop . Read more